Houston, we’ve had a problem

Health inequalities are getting worse. Occupational health can play a vital role in helping to address key factors that contribute to the social determinants of health.

Two milestones in occupational health are 10 years old this April: the fit note, which came into force on 6 April 2010, and the Equality Act 2010 (EqA), which became law two days later. Our latest Tea-breaker poll and other research suggest the former hasn’t delivered anticipated improvements in return to work from sickness absence (pp. 8–10). The EqA has, however, proved vital in strengthening the rights of people with protected characteristics, disability in particular. But a key part, on ‘socio-economic inequalities’, has never been implemented across Britain. EqA section 1 imposes a duty on public bodies to consider how their decisions – for example in education, health and housing – could reduce inequalities associated with socioeconomic disadvantage. The Welsh Government plans to introduce the duty1, while the Fairer Scotland Duty2 came into force on 1 April 2018. But it has never been imposed in England, despite recommendations from MPs3,4 and the EHRC5……. 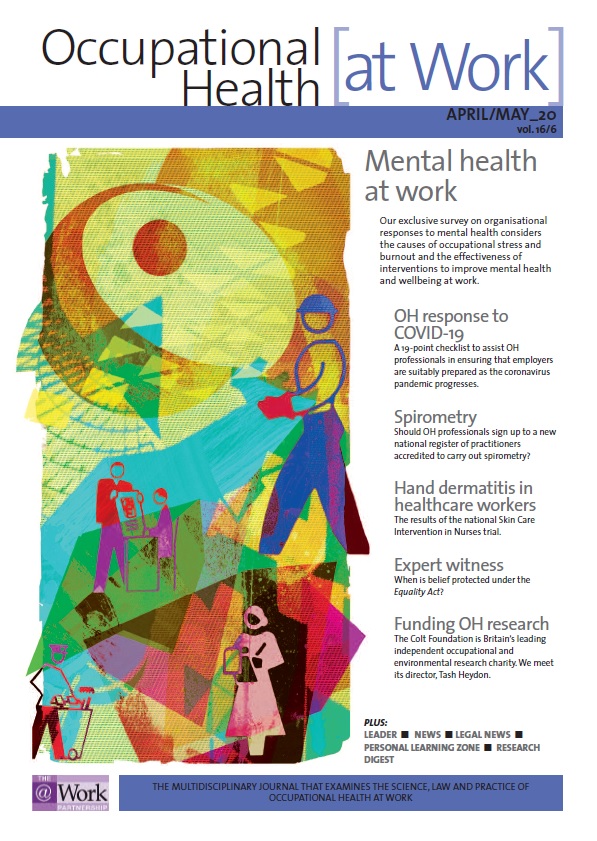