Cataracts from exposure to ionising radiation

In 2007, the International Committee on Radiation Protection published revised estimates for cataract development due to exposure to ionising radiation – 0.5–2 Gy for a single exposure and 5–6 Gy for prolonged exposure – but warned that these figures might made need further revision. This systematic review of 24 included papers concludes that there is in fact insufficient current evidence to establish a threshold and inconclusive evidence regarding a dose–response relationship. Most studies are on acute exposure – including from atomic bomb survivors and the Chernobyl nuclear plant disaster – though there is also evidence from occupational studies involving medical workers, flight personnel and astronauts. There is relatively little published evidence on exposure to low doses of ionising radiation and the development of cataracts, and just six papers gave a quantitative risk estimate. Three studies specified a dose threshold, which ranged between 0.34 Sv and 1.0 Sv. The latency period between radiation exposure and the development of lens opacity is also uncertain. Possible confounding factors for cataract development include age, sex, smoking, UV exposure, BMI, diabetes and family predisposition. (Grays express the physical absorbed dose of ionizing radiation, while sieverts indicate the biological effect on tissue. Both are in joules/kg, but sieverts are weighted according to the type of radiation and tissue.) 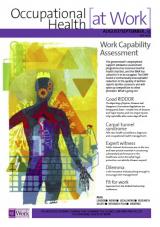