Unemployment at an early age predicts future sickness absence, according to this large population-based study from Sweden. The study group comprised both immigrants to Sweden (n = 25,607) and a random sample of native Swedes (n = 174,016). All were aged 20–24 in 1992, and the cohort was followed in three five-year periods from 1993 to 2007 using national registry data.  Being unemployed in 1992 increased the risk of having at least 60 days’ future sickness absence, with the risk increasing with length of unemployment. For example, there was a 15% raised risk of absence in the final five-year period (odds ratio = 1.15; 95% confidence interval 1.10–1.20) for those who had been unemployed for less than 50 days, and a 54% raised risk (OR = 1.54; CI 1.35–1.76) for those who had been unemployed more than 300 days. There were no differences in the measured effects between native Swedes and immigrants, and no consistent differences between men and women. 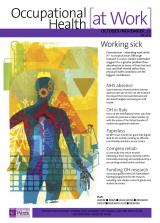