Traumatic brain injury (TBI) during an individual’s most recent military deployment is the most significant predictor of post-traumatic stress disorder (PTSD), even when accounting for pre-deployment symptoms, previous TBI and combat intensity, a longitudinal study of 1,648 US marine and navy personnel finds. The study was carried out between 2008 and 2012 with personnel deployed to Iraq or Afghanistan, with data analysed one week before deployment and at one-week and three-month follow-up. PTSD symptoms were assessed using the Clinician-Administered PTSD Scale (CAPS). Forty participants (2.3%) had CAPS scores over 65 (indicative of PTSD) at three months follow-up; 295 individuals (17.9%) reported a TBI during their deployment. PTSD risk was highest for participants with severe pre-deployment psychiatric symptoms, high combat intensity, and deployment-related TBI. Mild TBI raised the predicted CAPS score by 23% (p<0.001; OR = 1.23; CI, 1.11–1.36), and moderate/severe TBI raised it by 71% (p<0.001; OR = 1.71; CI, 1.37–2.12). 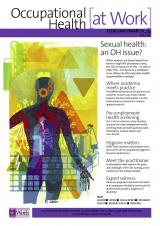