Overweight employees take one-third (31%) more sickness absence than those of ‘normal’ weight, while obese  workers take nearly twice as much (88% more) according  to this cross-sectional analysis of data from the German  Socio-Economic Panel (an annual general household  survey). The study examined self-reported sickness absence in 2009 from 7,990 respondents aged 18–65, with participants ranked according to World Health Organization body mass index (BMI) categories. In total, 38% of respondents were overweight and 17% obese, with lower prevalences in women (27% and 15%, respectively) compared with men (47% and 19%). The simple bivariate analysis revealed a significant association between BMI  and sickness absence (p < 0.001), although in the multivariate  regression analysis, which adjusted for sociodemographic,  work- and health-related factors, only  overweight and obese women had significantly more sick  leave. The annual cost to the German economy of overweight- and obesity-related sick leave is estimated at €2.18 million.

Sick Leave Days and Costs Associated With Overweight and Obesity in Germany. Journal of Occupational and Environmental Medicine 2014; 56(1): 20–27 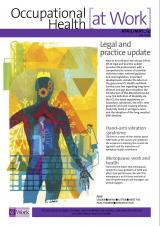