There is only low quality and inconsistent evidence supporting the use of safer needle devices to reduce needlestick injuries, this Cochrane systematic review concludes. Poor study design may be to blame rather than problems with the devices themselves. The review found just six randomised controlled trials meeting inclusion criteria, along with four controlled before-and-after studies and seven interrupted time series studies, with a high risk of bias in most of them. Studies of blunt suture needles were excluded. There is very low quality evidence that both safer blood collection systems and safer intravenous systems reduce injuries, but moderate quality evidence that the latter increase the risk of blood splashes where the safety system requires activation by the user (relative risk = 1.6; CI 1.08–2.36). Safer injection devices did not reduce injuries in two studies, while sharps boxes reduced exposure in one study but not in two others. There is no evidence comparing needle-retraction with needle-shielding devices. Sources of bias include using self-reported percutaneous injuries as the main outcome measure – needlestick injuries are known to be underreported but the introduction of the intervention itself is likely to increase awareness and thus raise the reported injury levels. 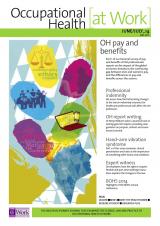