Various specific and non-specific psychological interventions are effective in reducing post-traumatic stress disorder (PTSD) symptoms in adults, according to this systematic review and meta-analysis. It included 66 randomised trials where trauma-focused interventions were compared either with each other, with a non-specific therapy, or a waiting-list control. The interventions were: cognitive behavioural therapy (CBT – 31 trials, five of large scale), exposure-based therapies (23 trials, three large scale), eye movement desensitisation and reprocessing (EMDR – 20 trials, none large scale), other psychological interventions (14 trials, one large scale) and cognitive therapy (six trials, none large scale). The non-specific interventions were stress management (SM) or supportive therapies (ST). Effect sizes (ESs) were calculated from the meta-analysis – those of -0.2%, -0.5% and -0.8% represent small, moderate and large differences between interventions, respectively. All five interventions produced large ESs ranging from -1.10 to -1.37, compared with -0.58 and -0.62 for SM and ST. However, only EMDR produced a significant improvement over ST. Between-trial heterogeneity was generally high, but lower in those studies with adequate concealment when allocating individuals to the interventions, while the smaller studies had greater bias (causing overestimation of ESs). EMDR is ‘promising’ but lacks evidence from large, high-quality trials; current evidence is more robust for CBT and exposure-based therapies. 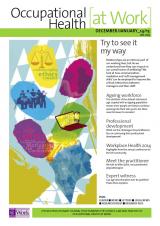