There is clear evidence that length of time working as a bricklayer is associated with increased lung cancer risk, this pooled analysis of case–control studies reveals. The SYNERGY study is based on case–control occupational lung cancer studies carried out in 13 European countries, plus Canada, Hong Kong and New Zealand. It included 15,608 cases and 18,531 controls, of which 695 cases and 469 controls had ever worked as bricklayers. Sometime employment as a bricklayer, after adjustment for age and tobacco smoking, is associated with a 50% raised risk of lung cancer (OR = 1.47; CI 1.28–1.68). The raised risk remained significant after adjusting for educational level (ie primary or secondary school, college). Length of employment is also associated with greater risk (p < 0.001), with a gradual rise until 25 years in the job, plateauing thereafter 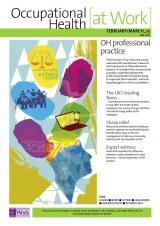