Being overweight, obese, and gaining or losing weight are all factors associated with increased sickness absence in middle-age female employees, this large-scale prospective study reveals. It examined 4,164 municipal employees (83% female) aged 40–60 years at the study baseline in 2000–2002 and still employed in 2007. Participants’ personal data, including weight, height and weight change, were linked to the employer’s sickness absence registers. For women, the greatest risks of short-term absence (one to three days) were in those who were obese at baseline and had gained weight (age-adjusted relative risk (RR) = 1.66; CI 1.41–1.96) or who were obese weight-maintainers (RR = 1.55; CI 1.32–1.82). The risk was also significantly increased for overweight weight maintainers, as well as weight losers irrespective of baseline body mass index (RR = 1.30; CI 1.14–1.49). Intermediate (four to 14 days) and long-term absence (more than 14 days) in women were associated with overweight and obese weight maintainers, overweight and obese weight gainers, and weight losers. There were comparatively few significant associations for male employees, though overweight weight gainers (RR = 1.76; CI 1.20–2.58) and obese weight maintainers (RR = 2.17; CI 1.36–3.48) were at greater risk of intermediate absence. Early OH support for those at greatest risk of sickness absence due to their weight or weight gain is suggested. 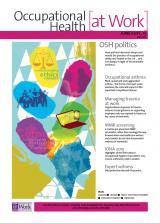