A systematic review (20 included papers) of shift patterns for long-haul train drivers and maritime workers finds that a four hours on/eight hours off roster best promotes sleep and reduces sleepiness. Common schedules were: four hours on/eight hours off; eight hours on/eight hours off; and six hours on/six hours off. There was a statistically significant effect of shift pattern type on sleep duration (p < 0.001). Mean daily sleep totals for the three patterns were 6.9 hours, 5.6 hours and 5.9 hours respectively, with the four-on/eight-off pattern resulting in significantly more sleep than the other two rosters (p < 0.01). Workers with a changing start time – ie those on an eight-on/eight-off schedule – or those who have a ‘circadian nadir’ (the early morning hours where sleepiness is highest and performance lowest) during a work period were the most disadvantaged in terms of sleep (p < 0.001 for both factors). Self-reported sleepiness increased with longer working shifts and fewer opportunities for rest. 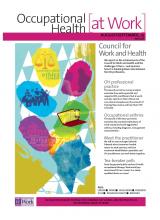