Once-daily treatment with a single tablet combining the nucleotide polymerase inhibitor sofosbuvir and the NS5A inhibitor velpatasvir for 12 weeks elicited sustained virological response (SVR) – essentially the absence of virus – in 99% of patients with chronic hepatitis C virus (HCV) infection in this large multi-site, double-blind, randomised controlled trial1. A total of 624 patients received the treatment, compared with 116 given a placebo. SVRs in treated patients were: 98% for genotype 1a infection; 99% for genotype 1b; 100% for genotype 2; 100% for genotype 4; 97% for genotype 5; and 100% for genotype 6. No patient given placebo achieved a SVR.

A second study2 of the same drug combination achieved superior SVRs compared with standard treatment in patients chronically infected with HCV genotypes 2 and 3. Patients received either sofosbuvir– velpatasvir daily for 12 weeks (for both genotypes), or the current standard combination of sofosbuvir plus the antiviral drug ribavirin (12-week regimen for genotype 2 and 24-week regimen for genotype 3). In total, 266 genotype-2 and 552 genotype-3 patients were randomised to the new or standard regimens. SVR with sofosbuvir–velpatasvir was 99% for genotype 2 and 95% for genotype 3, compared with 94% (p = 0.02) and 80% (p < 0.001), respectively, for sofosbuvir–ribavirin.

Genotypes 1 and 3 are the most common in the UK, accounting for 90% of HCV infections3. Response to the various treatments differs according to genotype. 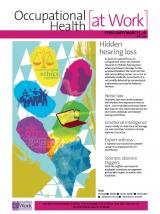