High social capital – defined here as ‘a characteristic of social structures that encompasses high levels of trust, reciprocity and cohesion’ – reduces the risk of taking longterm sickness absence (LTSA) of at least three weeks, according to this Danish cohort study. However, the effect applies only to those of high occupational grade. A total of 3,075 employees were selected as part of the Copenhagen Psychosocial Questionnaire, version II study. Psychosocial questions on trust, justice and collaboration combined to give a score of workplace social capital (WSC). Mean WSC was 62.5 (standard deviation (sd) = 16.4) out of a possible 100. During the 12-month follow-up, 5.8% of participants took at least one episode of LTSA. A one-sd higher WSC significantly reduced the chance of LTSA among highoccupational- grade non-manual workers (hazard ratio (HR) = 0.47; CI 0.23–0.96). The effect was less pronounced among intermediate-grade non-manual workers (HR = 0.68; CI 0.47–1.00) and there were no significant differences for low-grade non-manual, skilled manual or semi-skilled and unskilled manual workers. Workers of lower occupational grade also had lower WSC scores than those of higher grade, suggesting that ‘lower grade workers often did not experience the amount of WSC that is necessary to protect health’. 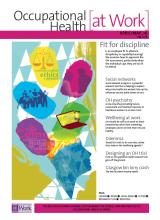