Workplace interventions for depression and anxiety 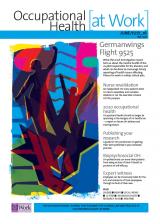