High levels of mental demands at work (strong evidence), occupational complexity (moderate evidence) and job control (moderate evidence) were all associated with higher levels of future cognitive function, measured in midlife or old age, according to this systematic review. But there was only weak, conflicting or insufficient evidence to show that these factors actually protect against age-related cognitive decline. There was no evidence that job strain was associated with future loss of cognitive function. Eleven longitudinal studies measuring psychosocial working conditions were included, with follow-up ranging from three to 34 years. All studies controlled for confounding factors such as gender, age, education and occupational grade. 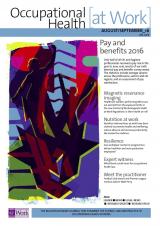