Part 3: the effects of shiftwork on health

In the third of our occasional series on the occupational implications of sleep disorders, occupational physician Roger Cooke reviews the relationship between shiftwork and ill health.

A review by the International Labour Organization in 2003 found strong evidence that night work was associated with cardiovascular and gastrointestinal disorders, and some evidence for a link with reproductive disorders, and concluded that night work increases the risk of health disorders1. In 2007, the International Agency for Research on Cancer (IARC) used the definition of ‘shiftwork that causes circadian disruption’ and concluded that shiftwork with a large component of night work is a probable human carcinogen2. This conclusion was confirmed at an IARC meeting in June 2019, at which night shiftwork was classified in Group 2A – ‘probably carcinogenic to humans’, reflecting limited evidence in humans, sufficient evidence of cancer in experimental animals, and strong mechanistic evidence in experimental animals. However, while the possibility of such a relationship has attracted understandable attention, some epidemiological studies have been open to criticism, reflecting in particular the lack of a universally accepted definition of shiftwork.

Roger Cooke is a consultant in occupational medicine and honorary senior lecturer at the Institute of Occupational and Environmental Medicine at the University of Birmingham. 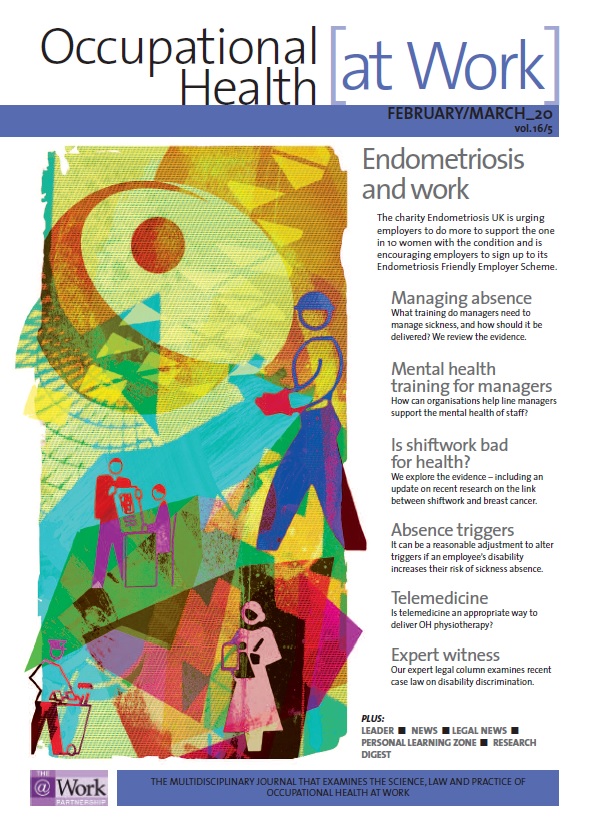