Research in the Netherlands evaluated an intervention designed to improve work ability for construction workers at risk of disability. The study followed individuals assessed as being at least 38% likely to be in receipt of a disability pension within four years, as calculated using a validated tool based on four risk factors: work ability, age, sickness absence, and musculoskeletal complaints. Eighty-three employees were given counselling and education, which included an assessment of their labour market capabilities and an individual education programme. A control group received ‘care as usual’. Although the intervention group showed some improvements in work ability scores, the differences were not significant. The intervention did not improve the numbers going on to receive disability pension after nine, 18, and 26 months. 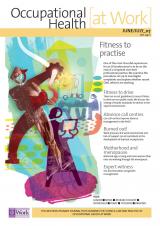