Physical but not psychosocial risk factors were found to explain between 10% and 30% of sickness absences lasting at least eight weeks, according to a prospective cohort study of 5,020 employees followed for 18 months (none had recent absence at the start of the study). Psychosocial factors (emotional demands, management quality, role conflicts, reward) made no difference to long-term absence risk in men or women, after adjusting for personal and other work factors. Working while mainly standing or squatting, and lifting or carrying heavy loads were significant predictors in men; bending or twisting of the neck or back were significant factors in women. 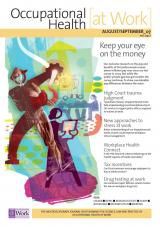