Expert Witness: A promise is a promise …

The law of contract

When employers end up in courts and tribunals after an employee has lost their job following extended sickness absence, or resigns claiming that their bullying manager has made them ill, the case often centres on an alleged breach of the employment contract. The law in this area is founded in the decisions of the courts, rather than codified in statutes. Diana Kloss explains.

COMMERCIAL law is based on the rules of the law of contract, which have been created by the judges over the centuries, much of it during the 19th century. Many of these rules are still in the form of case law. We do not have a ‘Contract Act’ or a ‘Commercial Code’, unlike most of our European partners, although certain.… 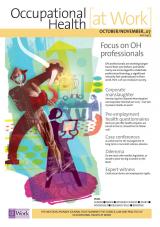