No quick fix for obesity

A meta-analysis of trials for the pharmacological treatment of obesity finds that three drugs recommended for long-term use achieve only modest weight reductions. Thirty placebo-controlled trials lasting between one and four years met inclusion criteria (mean weight of cases in trials was about 100 kg, mean Body Mass Index was 35–36). The BMJ paper, which summarises a Cochrane collaboration systematic review, found that orlistat, sibutramine and rimonabant, reduced weight by less than 5kg, equivalent to a total body weight reduction of less than 5%. Although some health benefits were observed, adverse effects were recorded. Rimonabant, for example, increased the risk of mood disorders such as depression or anxiety. 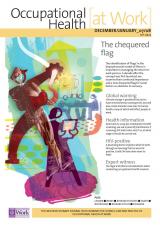