A preliminary report of the WHO International Agency for Research on Cancer (IARC) concludes that occupational exposure to painting is carcinogenic (IARC classification group 1); shiftwork involving circadian disruption is ‘probably’ carcinogenic (group 2A); and occupational exposure as a fire-fighter is ‘possibly carcinogenic’ (group 2B). The first finding is based on epidemiological studies that show small but significant increases in the risk of lung and bladder cancer in painters. The shiftwork finding derives mainly from research on breast cancer risk in nurses and flight attendants as well as from laboratory animal studies. Relative risks were consistently increased among fire-fighters for three types of cancer: testicular, prostate and non-Hodgkin’s lymphoma. 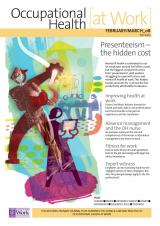