A second review of literature from 1980 to 2007 examined the effects of two common industrial solvents, styrene and toluene, on hearing. While there is conclusive evidence for ototoxicity for both solvents in rats, the existing evidence does not establish any dose–response/ effect relationships in humans. There is ‘some evidence’ that workers face a greater risk of hearing loss when simultaneously exposed to toluene and noise compared to exposure with noise alone, better quality research is needed. 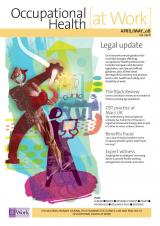