Surgeons responding to an anonymous in-house survey at a 687-bed UK district general hospital (77% response) admitted that they rarely follow agreed protocols in response to a needlestick injury. All consultant, non-career staff grade and registrar grade surgeons were surveyed and 44% admitted to having had a needlestick injury, but only 9% had followed the agreed protocol; 21% ‘simply ignored the incident and continued’. Few of the surgeons described the hospital needlestick policy as user friendly and there was a disparity between the policy and ‘real-life’ surgical practice. 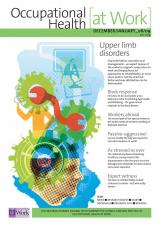