Analysis of over 52,600 cases and matched controls concludes that there is no evidence of an increased risk of childhood cancer (overall or by diagnostic group) associated with maternal preconception radiation work. An earlier study, published in 1997 by the same research group, had found an association but this was not supported by analysis of an expanded data pool, which included 16,964 new cases. Childhood cancer cases (diagnosed before 15th birthday) were identified from the National Registry of Childhood Tumours and linked to data from the National Registry for Radiation Workers. The analysis covered British-born children diagnosed between 1952 and 1999. 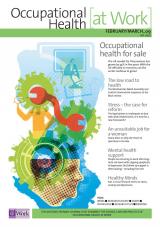