A population-based study of 3,005 pregnant women found significant raised risks of birth defects from occupational exposure to solvents during pregnancy, with cleaners, healthcare and laboratory workers among those at greatest risk. Solvent exposure was assessed from self-report questionnaires and job-exposure matrices. Just less than one-third of the women had been exposed regularly to at least one product that may contain solvents. According to the job-exposure matrix, 18% of the women were in the medium-exposure category and just over 3% in the high-exposure group. There was a significant association between major non-chromosomal, non-genetic malformations and solvent exposure, with a significant dose–response relationship. There were no associations between solvent exposure and chromosomal and genetic malformations. 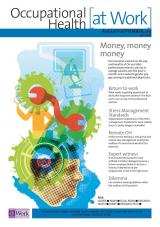