This systematic review examines the barriers to HIV testing in different settings (24 studies included, 15 from the UK). Barriers to coming forward for testing include: a perception of being at low infection risk; fear and worry – ie that HIV is a deadly rather than manageable disease; fears about disclosure and confidentiality; and barriers to accessing healthcare services among certain groups. At the provider level, barriers include reluctance to promote testing among clinicians, particularly GPs. ‘The majority of GPs rather avoided than promoted the issue of HIV testing, even in high-risk patient groups,’ say the authors. 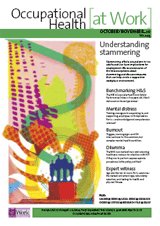