Being bullied at work is associated with subsequent common mental health disorders (CMHDs) in both men and women, according to this longitudinal study of 6,830 municipal workers in Helsinki (part of the Helsinki Health Study). It identified a 5% prevalence of current bullying among both male and female employees at baseline (2000–2002). After adjusting for baseline CMHDs, compared with the ‘never bullied’ group, women bullied at baseline were around 60% more likely to report CMHDs at follow-up (2007). Men bullied at baseline were more then twice as likely to report CMHDs at follow-up as male workers who had never been bullied. 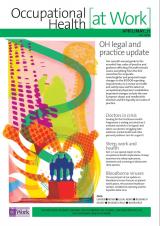