Short-term bright light exposure improved dayshift performance and decreased daytime sleepiness in nurses working rotating shifts. The randomised crossover study involved two groups of hospital nurses working rapidly rotating day and night shifts. Subjects were exposed to bright light for 10 minutes before the morning shift. Thirty-one of the 61 participants received the intervention for the first month and the remaining 30 did the same for the second month. There were significant improvements in self-assessed sleepiness at 10.00 am (but not at 2.00 pm), sleep satisfaction and fatigue in those workers exposed to bright light. Subjects also showed significant improvements on the psychomotor vigilance task test. 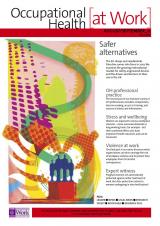