A systematic review (14 papers) finds only limited evidence that workplace health promotion can reduce presenteeism – defined as ‘being present at work, but limited in some aspect of job performance by a health problem’. Many studies were rejected through poor methodologies and high risk of bias. Ten studies showed ‘preliminary’ evidence for positive effects. Two were of strong evidence quality: worksite self-directed exercise; and manager education to promote mental health. Psychosocial issues should be targeted in addition to physical factors. 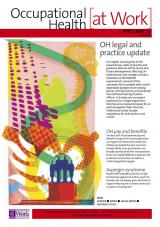