There is evidence for some association between shiftwork and sick leave in healthcare workers, but the relationship appears to depend on the nature of the shift. This systematic review of 24 included studies found inconsistent evidence for an association between shiftwork and sick leave per se; however, four high-quality studies found that shiftwork excluding nights was significantly associated with an increased risk of absence, with strong evidence for a positive association between absence and fixed evening work in women. There was inconsistent evidence for associations between absence and nightwork or rotating shifts, and inconclusive evidence from two low-quality studies on the impact of shift duration on absence. Suggested mechanisms for the association are that evening work may be associated with more manual handling, lower management support, and lower overall workload (so may be a coping mechanism for those with existing health problems). 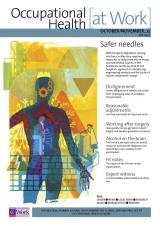