Return to work after angioplasty

Self-rated health is a better predictor of return to work (RTW) following percutaneous coronary intervention (coronary angioplasty) than clinical measures, such as left ventricular ejection fraction (LVEF), according to this Danish population-based study. A total of 1,323 first-time patients completed a questionnaire one month after the intervention. Self-rated general, mental and physical health at four weeks were each strongly associated with RTW at 12-weeks and one year, with strong dose–response effects. LVEF was predictive of RTW, but not as powerful a predictor as self-rated health. Age, gender and whether the intervention was elective or acute were not important predictors. 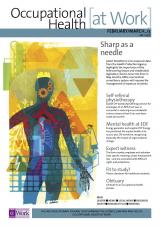