Chronic knee pain is thought to affect around three in 10 people aged 40–80, with higher rates among some occupational groups. This systematic review (17 included studies) found consistent high quality evidence, from six cohort or cross-sectional studies, linking knee pain to absence, but only limited evidence, from three studies, for an association with presenteeism. Knee-pain related absence prevalences – defined as any absence due to knee pain in the past 12 months – ranged from 5% to 22% (data from seven studies). Three papers reported mean absence rates ranging from three to 25 days a year. There was less evidence on knee pain as a cause of presenteeism, but two studies gave 12-month prevalences of 66% and 71%. 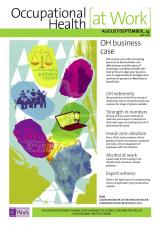