A study of workers in Canada with occupational hand–arm vibration syndrome (HAVS) found that the mean delay between the onset of symptoms and seeking primary care treatment was 3.5 years, while the average time before referral to an occupational health clinic was nine years. The most common reasons for the delay in seeking care was a belief that the symptoms: were a natural consequence of work or ageing (70%); weren’t serious enough (57%); would eventually get better (49%); were not limiting ability to work (49%); and that co-workers had similar symptoms and did not consider them significant (49%). Four in 10 workers thought that ‘seeking medical attention would lead to conflict with [the] employer’. If HAVS is not treated early it can become significantly disabling and irreversible. 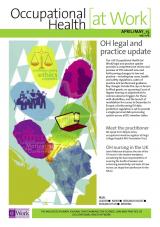