Post-offer pre-placement (POPP) screening was ineffective at predicting future cases of carpal tunnel syndrome (CTS), this retrospective cohort study concluded. Researchers examined data provided by a US manufacturing company where production workers carried out hand-intensive work on assembly lines. When the manufacturing facility was opened all workers were given POPP screening, which involved a physical examination, functional assessment and nerve conduction velocity (NCV) study. A total of 1,777 employees were hired for production jobs in the 21 months after the opening. Screening and other relevant data were collected over the following five years. Physical exposures and frequencies relevant to CTS risk were estimated from job-demand scores. Data were available for 1,648 production workers (77% male, mean age 35 years, mean BMI 28.7 kg/m2) – job exposure information was available for 1,335 workers, of whom 23.1% were classified as working in ‘high’ hand/wrist exposure jobs. At POPP screening, 17.3% of workers were found to have ‘abnormal’ POPP NCV tests (median nerve distal motor latencies of at least 4.5 ms in one or both hands). Subsequently, 42 workers were identified with confirmed CTS (incidence rate = 8.02 cases per 1,000 person-years) while 10 had possible CTS. There was no association between abnormal POPP NCV results and subsequent CTS (relative risk (RR) 0.96; CI 0.43–2.18). Working in a high-exposure job was associated with an increased risk of CTS compared with working in a low exposure job (RR = 2.82; 95% CI 1.52 to 5.22). 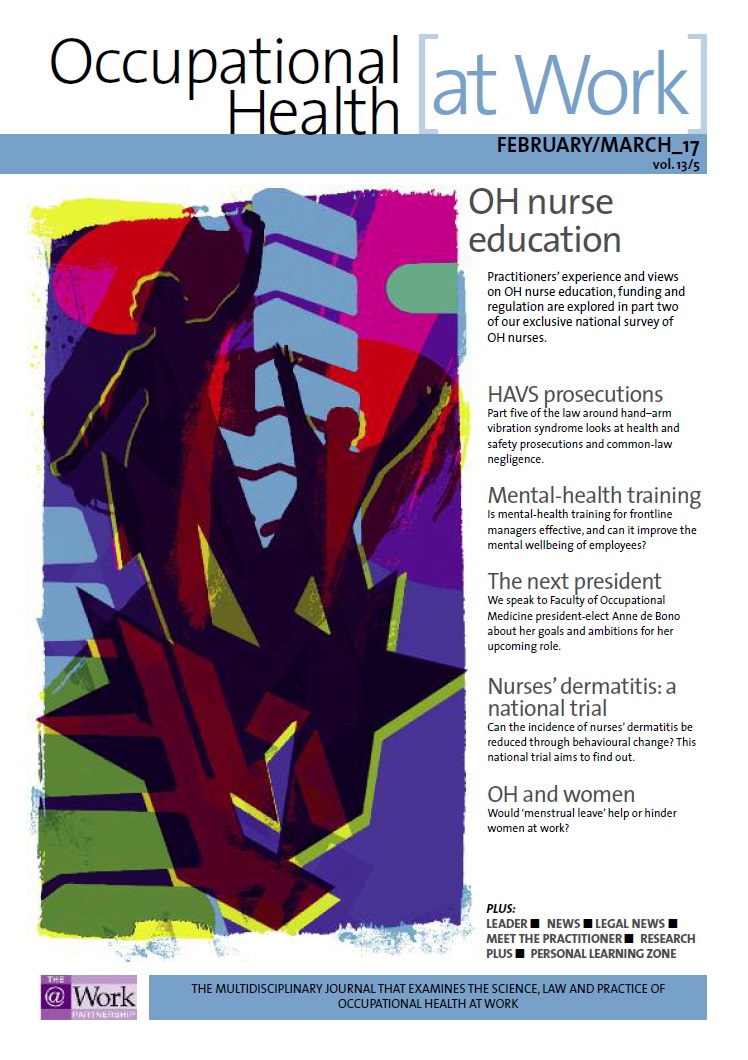