There is insufficient evidence to advise for, or against, the use of drug and alcohol testing of occupational drivers for preventing injuries, an evidence review concludes. Of 6,000 abstracts, only three papers (two covering the same study) met inclusion criteria. Mandatory random and for-cause alcohol testing in one US study was associated with a decrease in injuries immediately following the intervention, but there was no effect on an already long-term decline in injury rate. There was some evidence that random drug testing can reduce injury rate in the long term, but short-term changes were contradictory. 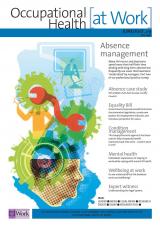