The doctor is ill

Doctors are as likely as any other worker to develop mental health problems, and indeed may be exposed occupationally to the kind and intensity of stressors that increase the risks. But well-documented concerns over stigmatisation and confidentiality remain as barriers to early intervention and treatment. John Ballard finds out more.

IN 1994, Liam Donaldson, then director of the Northern and Yorkshire NHS region, wrote an editorial in the British Medical Journal on the lack of support available for doctors who became ill and whose fitness for practice might be called into question1. A doctor’s chances of receiving appropriate support, he said, depended on where they lived and if they happened… 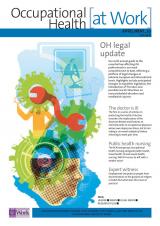