Vaccinating hospital workers against H1N1 influenza in the 2009–10 season (October 2009–March 2010) was 90% effective in reducing infection, according to this large-scale study in Porto, Portugal. A total of 1,720 healthcare workers (HCWs), from a population of 5,592, received the H1N1 vaccination (31%). Of 245 HCWs with influenza-like symptoms, 97 had laboratory-confirmed H1N1 infection (40%) – 91 of these were in non-vaccinated workers. Infection rates were 2.4% for non-vaccinated HCWs and 0.3% for those who had been vaccinated. An estimated 35 H1N1 cases were prevented. Nurses were most at risk of H1N1 infection and should be the main target for prevention. A total of 2,819 HCWs received seasonal flu vaccine (50%), but there was no significant protective effect on influenza-like symptoms. 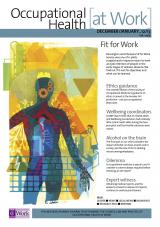